The sad passing of HRH Prince Philip has brought more attention to the Duke of Edinburgh Award Scheme, the foundation of which is one of his most notable achievements. The scheme started in 1956 and has been very successful in enhancing the lives of many young people ever since.

Open to all 14 to 24 year olds regardless of ability, gender, background or location, the scheme comprises 3 levels – Bronze, Silver and Gold. Each level has 4 sections: physical, skill, volunteering and expedition with an additional residential element at gold level.

Here 3 current local participants offer an insight into their DofE experience, each one adapting the scheme to their individual interests and ambitions.

Shukti has utilised her DofE experience with her future career aspirations in mind, Isobel has used hers to achieve new experiences whilst Grace’s approach was more relaxed, extending activities that she was already engaged in. 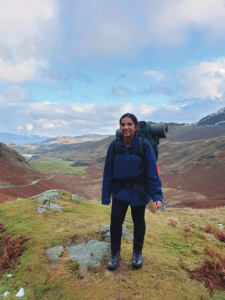 Since completing the Gold DofE Award, I had the chance to learn a lot about myself, through the different elements of the award. For the volunteering section, I was able to develop my leadership abilities through the Volunteer Police Cadets, where I had started off as a Cadet and then progressed on to becoming a young leader. This was challenging taking lead as it was my first time teaching in front of young people but nevertheless, I got the practise and have taken on those skills to the University Officer Training Corps. As for the residential section I had the opportunity to go skiing with the UOTC (University Officer Training Corps) and gained a basic qualification that will allow me to progress further on, through more trips to the Alps. For the skills, I was learning to drive, so I decided to use that as my skills section. Driving is a valuable life skill that I was able to gain two achievements by 1; my licence and 2: the DofE award. As for the physical section, I played for my local hockey team as that has always been one of my favourite sports, even so I got the chance to play for 2 teams, Ely City and Cambridge UOTC. This also allowed me to play against Oxford in one ‘Oxbridge’ competition at the Royal Military Academy Sandhurst. Onto the final section, the expedition, this was one of the most challenging aspects I found because of the lack of my own physical and mental preparation. But nonetheless, I got through the days from the training and to the destination. In summary, it was an overall big achievement, but an important lesson of making sure that you are prepared physically and mentally.

Since completing the award, it has also given me a firmer grounding for my career aspirations with the UK military because during the award we performed some of the basic fundamentals; also, there is a lot of adventurous training within, so by achieving the award it has opened multiple avenues and has now helped me to stand out from the crowd.

My DofE experience took four years to complete. The scheme is very well thought out and its flexibility means that it is easily tailored to individual preferences. I knew I wanted to study history at university so I volunteered at Downham Market Heritage Centre which provided me with experience to help with my later university application. At my school I was given the opportunity to take an extra GCSE in ICT as a twilight class; this fulfilled the Skills section. As Shukti has mentioned, learning to drive can also count for this so it’s possible to include activities that you may already have intended on doing.

As a family we have always enjoyed cycling in Thetford Forest, so I used this to cover my bronze and silver physical section. For Gold level I decided to run instead and made use of this time and effort by raising funds for cancer research, having lost someone very close to this illness.  I trained and eventually took part in  the Cambridge Half Marathon.  This was the part of my DofE that I’m most proud of.

The expeditions were, for me, the most challenging part. My rucksack weighed approximately a third my body weight, I couldn’t stand up from sitting with it on my back so my friends would pull me up. Once balanced, I was okay. We saw some wonderful areas of the Yorkshire Dales, the Peaks and Lake District. The two most important requirements for the expedition are good boots and good friends. If one of us was flagging, the others would encourage and support.

With Gold level, there’s an additional Residential task. I stayed in a National Trust bunkhouse in North Wales, helping Rangers to clear invasive species of Himalayan balsam and rhododendrons from the mountains. The work was hot and tiring but we ended each day by cooling off in the beautiful lake ‘Llyn Gwynant’.My Gold presentation took place at Buckingham Palace where we met Andi Peters and Sophie, Countess of Wessex. An interesting and very memorable day.

Was it all worth it? I’d say it was.  At my age, I find that my DofE experience is really relevant and is great to talk about in interviews and applications, be it for jobs, higher education or student activities. The questions asked can be quite random, so often I’ve been able to draw on my DofE experience to illustrate problem solving, teamwork and integrity. DofE has made me more resilient, self-reliant and confident, it has also helped me to learn how to help and support people in difficult situations. 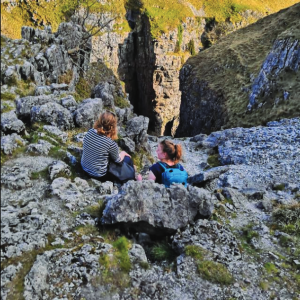 I’m still working through my DofE, currently part way through my  Gold level.

Being a keen reader, I decided to volunteer at West Norfolk Deaf Association at No 8 The Old Bookshop in Downham Market. I enjoyed working there so much that I decided to stay on for all three levels of my Award.

For my skills section I took Drama GCSE as an extra twilight class in school for bronze and took a music grade in saxophone for silver. I was already learning to play the saxophone, so it was easy to fit in. I went along to Zumba classes in Black Horse Drove Community Centre for the physical element of my silver level.

My Bronze level expedition was taken locally in Thetford Forest, and for Silver we went to the Peak District.

Up to now, I’ve managed to tailor my Award to activities that fitted in well with my lifestyle and locality.

My Gold Award is ongoing, I’ve completed the skills section by taking an acting course with LAMDA, it’s something I’ve been lately able to do  at home with occasional lessons with my teacher.

I’ve had to delay the expedition and residential element of Gold due to the pandemic, however, I’m hoping my expeditions will go ahead in the Peak District and Yorkshire Dales this summer and my Residential will be at the former RAF West Raynham airbase with Scorpion Airsoft. At times, especially on the expedition, I’ve asked myself whether the challenging work is worth it, however, I believe completion of the scheme shows an individual’s ability to work as part of a team and hone problem solving skills. Both attributes a potential employer would appreciate, making the scheme well worth the participation.

My sister used her DofE to push herself to try new experiences, I’ve taken a more relaxed route and tried to tailor the scheme to incorporate activities that I was already doing, but taken to a higher level. Either way is acceptable, the DofE is about achieving a little more, doing something for others and getting fit. Prince Philip once said “it’s a do it yourself growing up kit”, I’d agree with that.

Joy Martin offers a different insight into the DofE scheme.

Through her organisation, Joy of Adventure, she supports local schools to run their expeditions or for young people to join expeditions where their own schools don’t offer them. Her canoe expeditions take place on rivers and lakes as far afield as Sweden, Scotland as well as closer to home. Locally she offers canoe expeditions on the Cambridgeshire/Norfolk rivers canoeing to Thetford, Cambridge and Huntingdon, depending on the level being taken.

Joy tells us “As a child I lived at Black Horse Drove, where I learnt to ride a bike down to the primary school, swim in the river and fell in love with being outside and being able to see the sun rise and sunset. As children we covered an old wooden canoe which we found in one of the sheds with a trailer cover and I remember struggling to paddle along the river from Queen Adelaide to Sandhill bridge.

Life has a funny way of bringing things round in circles. Having trained as a teacher the Head in my first school asked me if I would run the Duke of Edinburgh’s award. I took up his offer and realised I was still young enough to complete my Gold. Thus began a life of working with young people in the outdoors and education. I now run Duke of Edinburgh award expeditions canoeing – and warn young people that the hardest part of their expedition may well be the section from Ely to Littleport unless the wind is with them in which case they can sail! Young people doing their Gold, Bronze or Silver DofE by canoe often start to learn to canoe on the Ouse River and for many the first time they have ever camped is next to the river at Black Horse Drove. The fens might not be the adventure capital of the UK but over the last 10 years it has given over 1000 young people the opportunity to camp, canoe and hopefully begin a lifetime of adventure, inspired by the big skies, the stars and all the wildlife which our rivers produce. 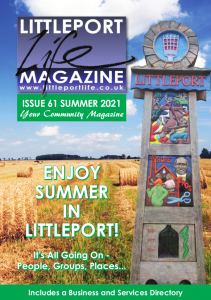